Second Half Marathon is complete! While it took me a few weeks to post a recap, it’s not because I was so burnt out, I actually felt great during most of this run. Part of the reason COULD be that this race did not take place in the dead of winter like this one did, but who knows… Any who, here’s a quick recap on a fun race – that for the most part wasn’t TOO bad. 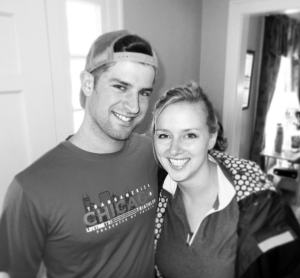 Overall, beat my first half marathon by a few minutes, nothing crazy, but improving none-the-less. I then competed in the Batavia Triathlon ( recap coming soon) a week later! AND now have the Bigfoot Triathlon approaching on the 27th of June! What a month.

Black Lives Matter. #blackouttuesday
Can we go back to May 2018 when it was warm, sunny & dogs were allowed at @mortonarb for a day?
Can we rewind back to last weekend? Can @elisabeth_emm & fox please get married again? #letsgetfoxedup
%d bloggers like this: