Prepping for the big day

I recently took part in the 2014 Chicago Triathlon, which was my second time signing up for a triathlon, but first time competing in all three parts ( the first year the swim was cancelled due to weather). I am by no means a professional athlete, so it was a terrifying, yet super fun experience. The Sprint Triathlon, which is only a 500 meter swim, 15 mile bike (on Lake Shore Drive!) and a 5K run around the South Loop, is definitely the way to go if you’re a beginner trying to see if it’s for you.

My friends and I decided that if we were going to race, we should race for a charity. We chose a charity close to our hearts, Ballou Skies, whose focus is to raise awareness of Duchenne Muscular Dystrophy and to raise funds for the research study at Ohio State University. We set a goal of $2,000 to raise in just a few months, while searching for sponsors and friends to join our team and run on behalf of Ballou Skies. 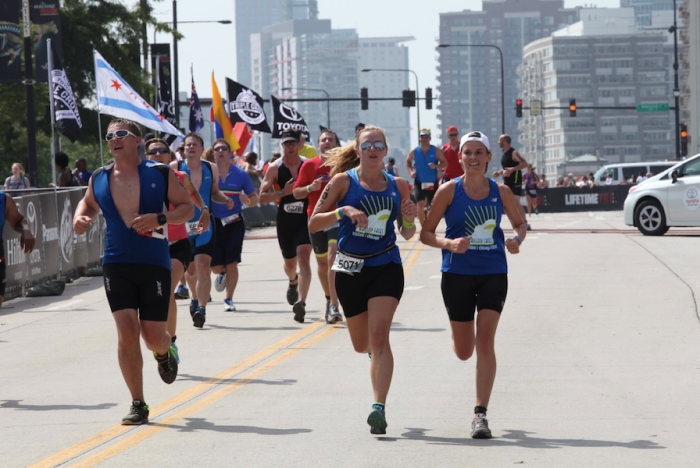 The last leg of the race

We ended up exceeding our goal by a few thousand dollars, finding about 17 other friends to help us race on race day and having an incredibly fun time working out and prepping for this event throughout the summer! Throughout the summer, we had group workouts, team swims and a group dinner or two to talk not only logistics, but keep the momentum going.

I had a ton of fun competing and I’m sure this will lead to many more in 2015 and beyond!

One thought on “Signing Up For The Chicago Triathlon”